Barcamp Ghana - It's a #morevim movement!

Every time I tell people "We've done 19 Barcamps" since December 2008, they are surprised and impressed. Interestingly, I am not. Dorothy Gordon, the Director-General of the KACE-AITI, generously gave the venue for free when she understood what we wanted to do with the Barcamps. After the first Barcamp in Ghana happened, she charged us to have the events in every single region. 2009 saw 1 event, 2010 saw 4, 2011 saw 5, and 2012 saw 8. 2013 will hopefully see 10 Barcamps in Ghana, but not in every single region. It might very well happen.

What is a Barcamp? A Barcamp is a ad-hoc informal gathering of people. It is not peculiar to just 'us', it happens around the world. Google "Barcamp" and you would see. Check out barcamp.org and learn more. Like one of the Barcamp Ghana teammates said, "We have taken Barcamps personal". Barcamps in Ghana are an evolution of what regular Barcamps are and a revolution around which certain goals are being met. Barcamps in Ghana have become "networking forums". Events where serious discussions happen in an informal and open environment. So yes, it's liking camping in a bar without the loud music and the alcohol. The aim is to bring people together to learn from each other, share with each other and network. Attendees must leave the Barcamps highly motivated, inspired and entreprising. It's that "can-do" attitude.

The Barcamp Ghana program is a GhanaThink Foundation initiative. Some of you might have chanced upon GhanaConscious before. Or seen the projects that have emerged from GhanaThink's Tsooboi arm - like Museke and Kasahorow. GhanaThink used to be wholly online and was dominated by the Ghanaian Diaspora, the switch has been flipped and it is wholly footed in Ghana with a heavy online presence and a growing offline movement. GhanaThink's mission is to mobilize and organize talent towards the service of Ghana. After online forums were dying out and Facebook was taking over, we increasingly looked to moving discussions to physical events and bringing people together. 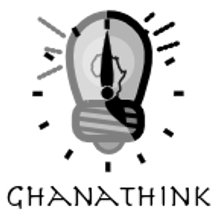 Barcamps in Ghana have mostly attracted the youth, especially the aspirational types. When we organized the first Barcamp Ghana event, we intentionally had panelists who were 'young'. 4 of the 8 panelists were around 25 years old. How many panels have you been to anywhere that have panelists who are under 30? If we were going to drive Ghana's youth to be empowered, motivated and make them take charge, we were going to have to show ourselves and everybody else that there are youth who were already doing so. This has continued, Barcamps in Ghana don't seek out the 'big names who people want to see', it seeks out the younger changemakers, doers and entrepreneurs that people need to know and understand what they do.

What are Barcamps for? Quite simply, we are building a movement of Ghanaian changemakers, doers and entrepreneurs who all know each other. We are fueling the fire of "it's not who you know, but who knows what you know". Through the events and its attendant relationships that are built, we are helping people find business ideas, partners and skills. Projects that have come out of Barcamps haven't been encapsulated and captured adequately but they exist and happen. Through the various breakout sessions, Barcamps have given birth to ideas that were implemented, groups that were finally formed, partnerships that were ironed. Check out 5 things somebody learnt after one event.

Barcamps in Ghana are a "labor of love". The events are free, with free food and drinks all day. They are for everybody, because we need all Ghanaians to buy into the ideals of making (positive) change, doing and entrepreneurship. It's not what your country can do for you, but what you can do for your country. And while you are at it, you must realize value in terms of money, resources, network, reputation, etc. Barcamps have become a spectacle of patriotism, a place where politics is not invited. Ghanaians need to be assembled, to share and build with each other. It is the satisfaction that there is support for what I am doing or what I really want to do. Because others are doing just that.

"More vim" has become a defacto statement at Barcamps in Ghana and around the people who have had access to them. "More vim" in Ghanaian parlance today is used in many ways - to congratulate, encourage, celebrate, etc. It can be the difference between not doing and doing. Barcamp Ghana events - in Accra, Kumasi, Takoradi, Tamale, Cape Coast, Ho, Sunyani, Tema - have built a "morevim movement", a number of people who are interested in Ghana's development as well as their own and won't leave that in the hands of the government or others. The movement is moving across the length and breadth of Ghana and multiplying outside of its borders and catching up to the next of kin in the Diaspora. Kasoa is the next location and the Barcamp Ghana would dig deeper into Ghana's landscape till it reaches Tain, Tumu and Tuabodom.
barcamp ghana Ghanathink vim

Ato said…
@Tatiana, I think Constantin Drabo and the Ouagadougou GDG will be running a Barcamp if they haven't already.

By MIghTy African - March 26, 2013
Today, I learnt how to say "Thank You" in yet another African language. So let me take a stab at seeing if I can say "Merci" in 23 African languages. And let's share some small attendant info. :-) Akan: Medaase . What you thought I wouldn't add my mother tongue? Some folks can't say what "thank you" is in their lingua francas. Such a fracas. Don't belittle this at all at all. Ga: Oyiwaladonn . I don't remember when I learnt this but I do know I learnt to say "Nnuu Ga" (I can't speak Ga) during the time I came to Accra to represent KNUST JSS in Kiddie Quiz and me and my Kumasi-living mates were testing our Ga knowledge. Ewe: Akpe . I love saying "Akpe kakaa" and I am not sure why. Dagbani: Ti pagi da . Yeap, Jemila Abdulai taught me this one. Thrice. Hausa: Na gode . I should have known this a long time ago but thanks to Manre Chirtau, I will not forget this one. Ever. Alafia lo! Swahili: Asante . Yeap, tha
Read more

By MIghTy African - December 31, 2013
Today is my birthday. For all of you who've been wishing me Happy Birthday, I will like to say Thank you in these 23+ African languages and in these 16+ non-African languages . I asked my friends for how to say Happy Birthday in African languages. Some exist. Now you can wish birthday celebrants in an African language. With some help from  my African friends , we have a list to work with. I wish I could get to 30 but I've tried ahh.  Akan: Mema wo awoda pa. Mema wo awoda mu anigye.    You have another version? Add it in a comment. :-) The +kasahorow  gurus like  +Paa Kwesi  taught me this. Ga: Afi o afi.  You have a better way to say it, Let's hear it. Otherwise, this from +Naa Oyoo Quartey  & Naa adjeley hold. Ewe: Dzigbeza bɔkɔɔ nawo!  h +Enock Seth Nyamador  of  +Planning Wikimedia Ghana  wished me this via Twitter today. So I didn't even have to ask gurus like +Seyram Freddy Ahiabor  &  +Doris Anson-Yevu  yet :-) Swahili: Siku ya ulizaliwa njema.
Read more

Learnt how to say "Money" in 23 African languages

By MIghTy African - October 22, 2013
Money . We all love it abi? :-) Is that also not why wherever we find ourselves, we need it? Is that not why it is the root of all evil? Is that also not why people sing about it all the time? Next time, you see money raining in an African music video, think about some of these word$ that mean $$$. With some help from my African friends , we have a list of 23 to work with. Choose your pick! Akan: Sika.  My mother tongue. Quite easy. My mother has many memorable quotes on money. But here's a great song about money by one of my favorite musicians. Sika by Okyeame Kwame . Ga: Shika.  We know how Ga and Twi have similar words. So I should have seen this coming. Thanks to  +Seyram Freddy Ahiabor  for 'reminding' me.  Ewe:  ɛ ga.   Another one taught to me by Seyram .  Dagbani: Lahri.  Yeap, +Jemila Abdulai  taught me this one. Once. :-) Hausa: Kudi.  Now isn't this just obvious? I've been hearing "kawukudi" so many times. Kudi has to be one of my new fa
Read more