Previewing and reviewing '1 Night In Vegas'

Earlier this year, +Oral Ofori got in touch with me about the '1 Night in Vegas' movie. I hadn't heard about it yet. It was a +Koby Maxwell production. I'd seen Koby's first movie, Paparazzi - Eye in the Dark, when it premiered in the Bay Area. I interviewed him about it here and publicized it here. I was getting the chance to review a movie and preview it before it was available to the public. Always exciting. Upon some research, I realized that it featured John Dumelo and Yvonne Nelson, two of Ghana's most popular movie stars. Van Vicker returned from the cast of Paparazzi - Eye in the Dark, joined by Jimmy Jean-Louis, the Haitian movie star who also starred in Leila Djansi's Sinking Sands. Another Haitian actress was part of the cast - Sarodj Bertin. In proper social media parlance, the movie has a hashtag. #OneNightInVegas.

"We had a great time. Made love in Vegas. It's just weird that you're still here". #OneNightInVegas is a story about the intricacies of marriage and relationships. It's a drama directed by John Uche, and its characters always seem to be in the dark about many issues facing the people they are in relationships are. It showcases the lack of trust as a major ingredient in breaking down relationships. "You're such a hypocrite". The movie title describes the fleeting nature of things that happen but sometimes what happens in Vegas remains with people. We don't see much of Vegas in the real sense but we are given a good preview with a number of flashing scenes. I want to go back.

"So James, you think we can solve our problems with random outings and reggae music? That's not what Im saying, but maybe the rum will". The storyline was quite intriguing. James and Genie's marriage is on the rocks as he's protected by his bodyguard Nick after receiving death threats. James' bright idea to spice up his marriage is to spend a night together in Sin City as he attends a work conference in Las Vegas. There, Tony, a bad influence in the eyes of Genie, awaits. James joins Tony and his friends for a drink, and it starts to go down hill. And then he meets Ashlee, and then voila. That's the moment where you thought the movie might go one way and then it goes another way.

The movie cast is widely popular and known. Yvonne, Van, John and Jimmy had done the rounds, including Jimmy who's taken a liking to do at least one African movie each year. I doubt +Sarodj Bertin is launching a movie career out of this though she acquitted herself creditably. Genie's mother's character (Princess Manka) shined as the African mother based in the US guarding the growth of an African daughter. Michael Blackson, the modasocka, played a role where he was at his comedic best, more seriously.  The angry black woman stereotype was played upon as well and we learnt about a realistic Las Vegas profession in case you didn't know people lived and worked in Vegas. Koby Maxwell played a role as Tony's friend who kept another secret with his cancer-stricken wife Mildred, played by Sahndra Fon Dufe.

Just like Paparazzi - Eye in the Dark, the audio visuals and production quality was top notch in #OneNightInVegas. Black Magic Tim waved his wands again on this one. The lighting was used effectively to present scenes and atmosphere was set and scored quite effectively. Understandably, Koby Maxwell's fingerprints were all over the movie's soundtrack. The theme song was appropriate and quite enjoyable when used in the film just like one would enjoy Vegas. character introduces many viewers to the term 'Hooty-hoo' (sang by Betty G) and this was used in the theme song to great effect. The tracks were picked carefully and really provided good sound for the moods of many scenes.

"Who are you? Batman?" There are many moments of triumph in the movie until the mistrust gives way to challenges and secrets. The movie itself is another triumph for African movies shot in the US. There is a great Washington Post story that encapsulates the stories surrounding this movie. The story captures a great behind the scenes line that might get popular in a hurry. "I cannot shoot right now, I am not a robot". It juxtaposes Hollywood type quality with captivating Nollywood type stories. In fact, what happens in Vegas doesn't just stay in Vegas, it lasts forever.

#OneNightInVegas premieres in Accra, Ghana today at the Silverbird Cinemas. I'd there to watch and support. Koby's second movie is better and will surely outdo the first. It's following the growth that Ghanaian and African movies are seeing, whether they be shot on the continent or in the Diaspora. "Hold on to those who got your back". Catch the movie somewhere near you soon. Stay tuned to the Facebook page for what happens next. 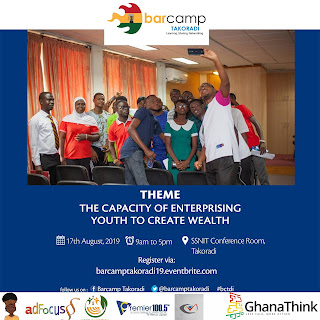 By MIghTy African - December 31, 2013
Today is my birthday. For all of you who've been wishing me Happy Birthday, I will like to say Thank you in these 23+ African languages and in these 16+ non-African languages. I asked my friends for how to say Happy Birthday in African languages. Some exist. Now you can wish birthday celebrants in an African language. With some help from my African friends, we have a list to work with. I wish I could get to 30 but I've tried ahh.  Akan: Mema wo awoda pa. Mema wo awoda mu anigye. You have another version? Add it in a comment. :-) The +kasahorow gurus like +Paa Kwesi taught me this.Ga: Afi o afi. You have a better way to say it, Let's hear it. Otherwise, this from +Naa Oyoo Quartey & Naa adjeley hold.Ewe: Dzigbeza bɔkɔɔ nawo! h +Enock Seth Nyamador of +Planning Wikimedia Ghana wished me this via Twitter today. So I didn't even have to ask gurus like +Seyram Freddy Ahiabor & +Doris Anson-Yevu yet :-)Swahili: Siku ya ulizaliwa njema. I've used this for a long t…
Read more